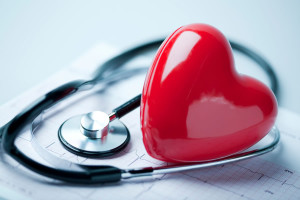 The word confess in this context comes from the word homologeo (Strong’s #3670). It is made up of two words: homos meaning “same” and lego meaning “to say.” When we put those two words together, to confess means to say or speak the same thing. In our use of the word in Bible study and application, it means “to say the same thing God says in His Word.”

Many times when we confess we are confessing sins as we find in 1 John 1:9. “If we confess our sins, He is faithful and just to forgive us our sins and to cleanse us from all unrighteousness.” To confess sins to God we say the same thing about a sin God says about that sin. For example: If we have lied we need to confess that sin to God. Here is what it would look like to not say the same thing:

In these examples we are falling short of saying the same thing. We are not truly confessing the seriousness of the sin. To truly confess, would be saying “God, I lied. I confess that sin and claim your forgiveness in agreement with 1 John 1:9.” That is proper confession; saying the same thing about a sin God says about that sin; no more – no less.

Let’s see this in a positive context as in “confessing truth.” The meaning of the word is the same; to say the same thing. However, in times like this, we are saying or agreeing with God in a positive way. What He has said already in His Word we confess, we declare, we agree. In this way we are saying the same thing He has already said in His Word (the Bible). Here are a few examples of truths we can claim/confess:

Because of who we are in Christ, as believers we can confess these and the many other truths in Scripture.

To add one more note of clarification, the word truths is used to speak of the many statements and promises in Scripture. The foundation for this usage is John 17:17 where Jesus said to the heavenly Father “Your word is truth.” Since the Word of God is truth, then the word truths is used to refer the many true statements we can claim in Scripture. The whole Bible is true and trustworthy. However, these truths (like the examples above) are nuggets of truth we can claim as personal possessions granted to us by grace from our heavenly Father because of our salvation through our Lord Jesus Christ.

Use the study guide from the previous section

A powerful and most important verse in the Bible is Romans 10:17, “Faith comes by hearing and hearing by the Word of God.” Under the menu item “Hearing the Word” I will be recording selected passages of Scripture. These will include verses for The DADS Project and whole chapters of the Bible.

This section will be for new believers, those who have been walking with the Lord for a while, and those who are visually impaired. The reason for this is to impact our mind, heart, spirit, and brain with the powerful Word of God in keeping with Romans 10:17. Remember, “The word of God is living and powerful, and sharper than any two-edged sword, piercing even to the division of soul and spirit, and of joints and marrow, and is a discerner of the thoughts and intents of the heart.” (Hebrews 4:12)