In Acts 1, we have the account of Jesus speaking and exhorting the disciples just before He ascended to be with the Father. As He spoke with them, here is what Luke recorded of the next event. “Now when He had spoken these things, while they watched, He was taken up, and a cloud received Him out of their sight. And while they looked steadfastly toward heaven as He went up, behold, two men stood by them in white apparel, who also said, “Men of Galilee, why do you stand gazing up into heaven? This same Jesus, who was taken up from you into heaven, will so come in like manner as you saw Him go into heaven.” (Acts 1:9-11)

Picture that event and what that must have been like. Jesus is talking to the men and all of the sudden He is taken up into the clouds. The eyes of the disciples would have been fixed and focused on Him as He ascended. While they are giving His ascent their undivided attention, they hear voices; the voices of two angels. Did they speak this in unison or did they take turns speaking? Luke did not tell us. But here is what we can glean from what the angels said:

There is one more truth we can glean from what the angels said: Our job, our task on earth, is not to be staring into the skies looking for His return, but we have other tasks we are to be doing while we maintain readiness for His return.

Be ready and have a great day!

Note: See the Events page for information about the verse-by-verse study through the book of Revelation.

As I said in the previous post, the Christian life is build on the solid foundation of …

One of the promises Jesus made to His disciples was, He would return. If this promise is not fulfilled then what confidence do we have in any of the other promises He made. Even so, we carefully ask

Over the next several days we will examine other reasons why we can be confident in His return. All this is in preparation for a verse-by-verse study that begins Sunday night, June 7, 2015. See the Events link for the time and place.

Several years ago, I heard John MacArthur speak on why Jesus must return to the earth. With those words as a seed thought, we come to the first reasons – because He said He would.

On the night Jesus was betrayed by Judas Iscariot, Jesus had some very important, intimate, and inspirational time with the eleven disciples who remained. As He spoke of His own death and departure, the men became broken in their spirit. As He disclosed the details of His death I can just imagine Him making contact with each one of these men one by one and after He did He said, “Let not your heart be troubled; you believe in God, believe also in Me. In My Father’s house are many mansions; if it were not so, I would have told you. I go to prepare a place for you. And if I go and prepare a place for you, I will come again and receive you to Myself; that where I am, there you may be also.”

There it is. There is the promise. He promised He would return. How and when and the dynamics surrounding His return are all debated by theologians, pastors, and teachers. We do not have to agree on the details but one truth we must agree on is – He will return, because He said He would. Reason #2 tomorrow.

Have a great day!

The Plan of God for our salvation has many components; let’s look at a few.

Over the next few days we will document why we can be confident in the return of Christ. All this is in preparation for His glorious return and a verse-by-verse study through The Revelation of Jesus Christ set to begin Sunday night June 7, 2015. 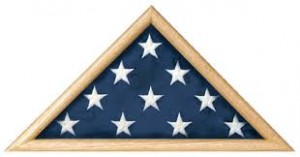